An 1822 account of civil war on the Franco-Spanish border by an up-and-coming liberal journalist named Adolphe Thiers, who observes a refugee crisis, battles between liberal and conservative forces, and the disposition of French soldiers preparing to intervene. 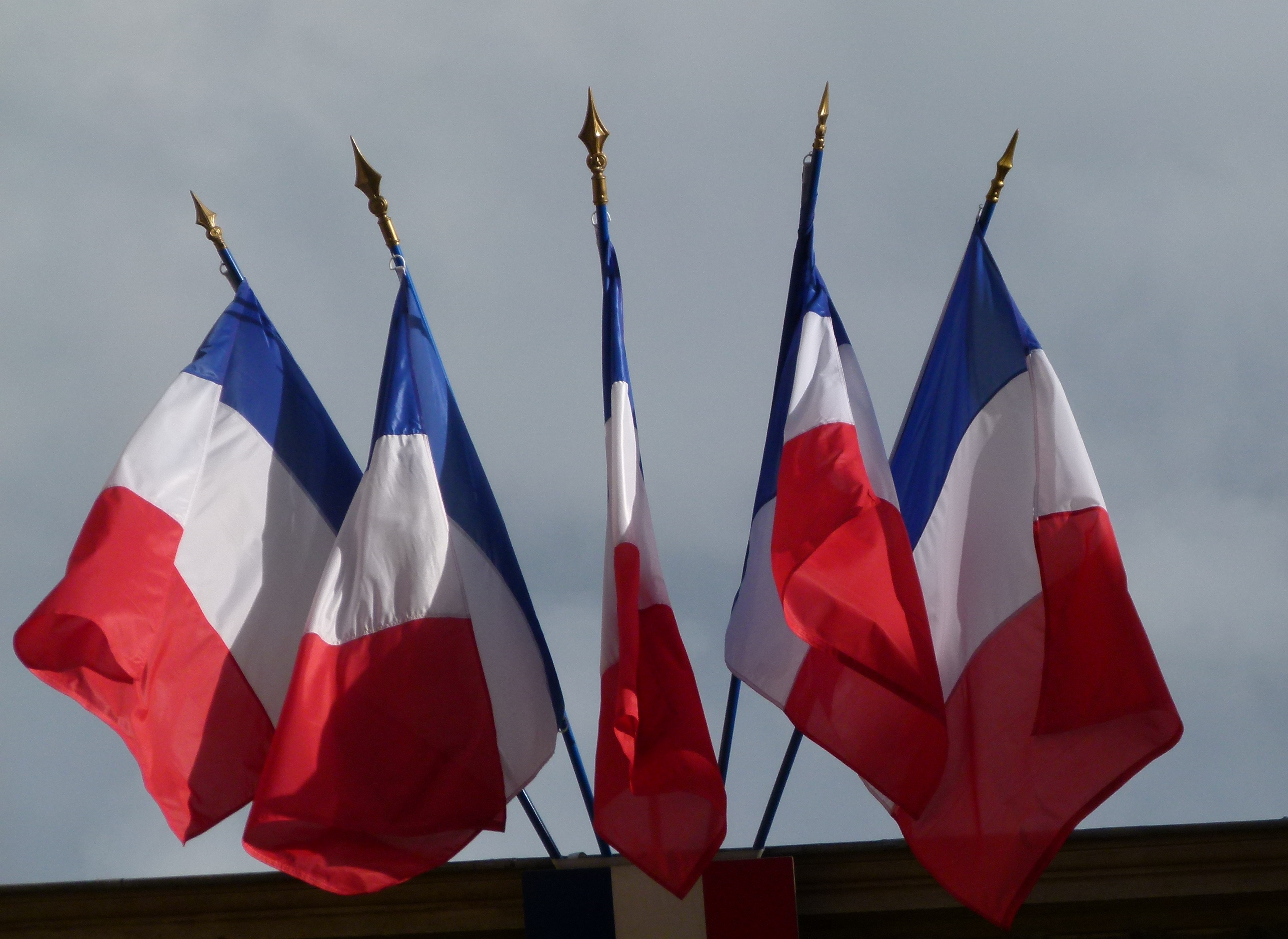 Happy Bastille Day! But in the Bourbon Restoration, Bastille Day was banned, along with 'La Marseillaise' and the tricolor flag. In this special episode, find out how these modern-day symbols of France were treated, and what the Bourbons used in their place.

Long before this podcast covered the Bourbon Restoration, French newspapers did. Enter the strange world of early 19th Century journalism — and debunk a delightful myth.

Episode 21: The Afterlife of Napoleon

Napoleon Bonaparte is dead — but he still lives on, in myth and legend, in flowers and tobacco boxes, in jails and asylums, and above all in the political memory of Restoration France, for whom even death cannot rid them of their greatest foe. 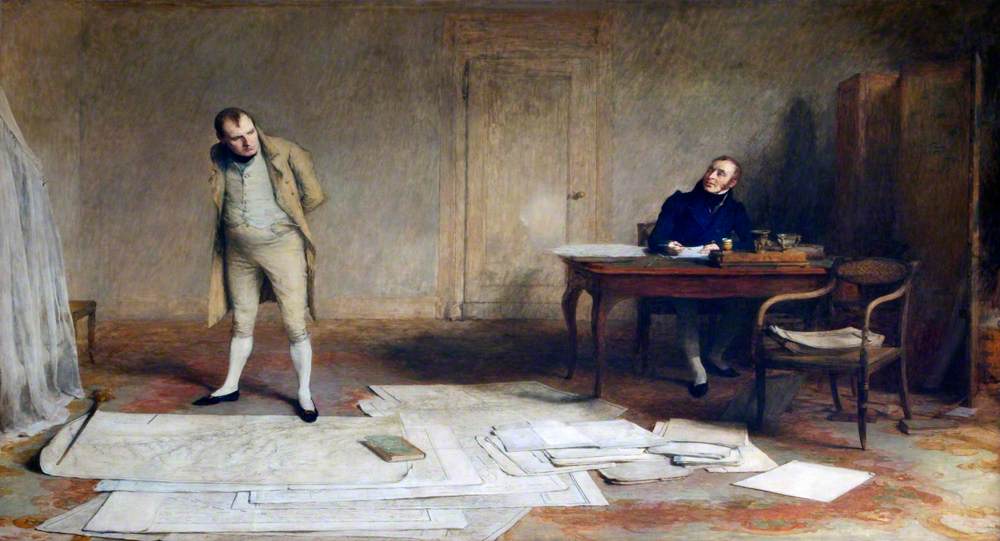 An excerpt from the book written by Napoleon's aide Emmanuel de Las Cases, describing the ex-emperor's life and opinions on his St. Helena exile. The book proved a smash hit and the 'Bonapartist bible' for decades to come.

Episode 20: The Death of Napoleon

Halfway across the world from the country he once ruled, the most famous man of his age dies in isolated exile — but not before profoundly reforging his legacy through both story and suffering. 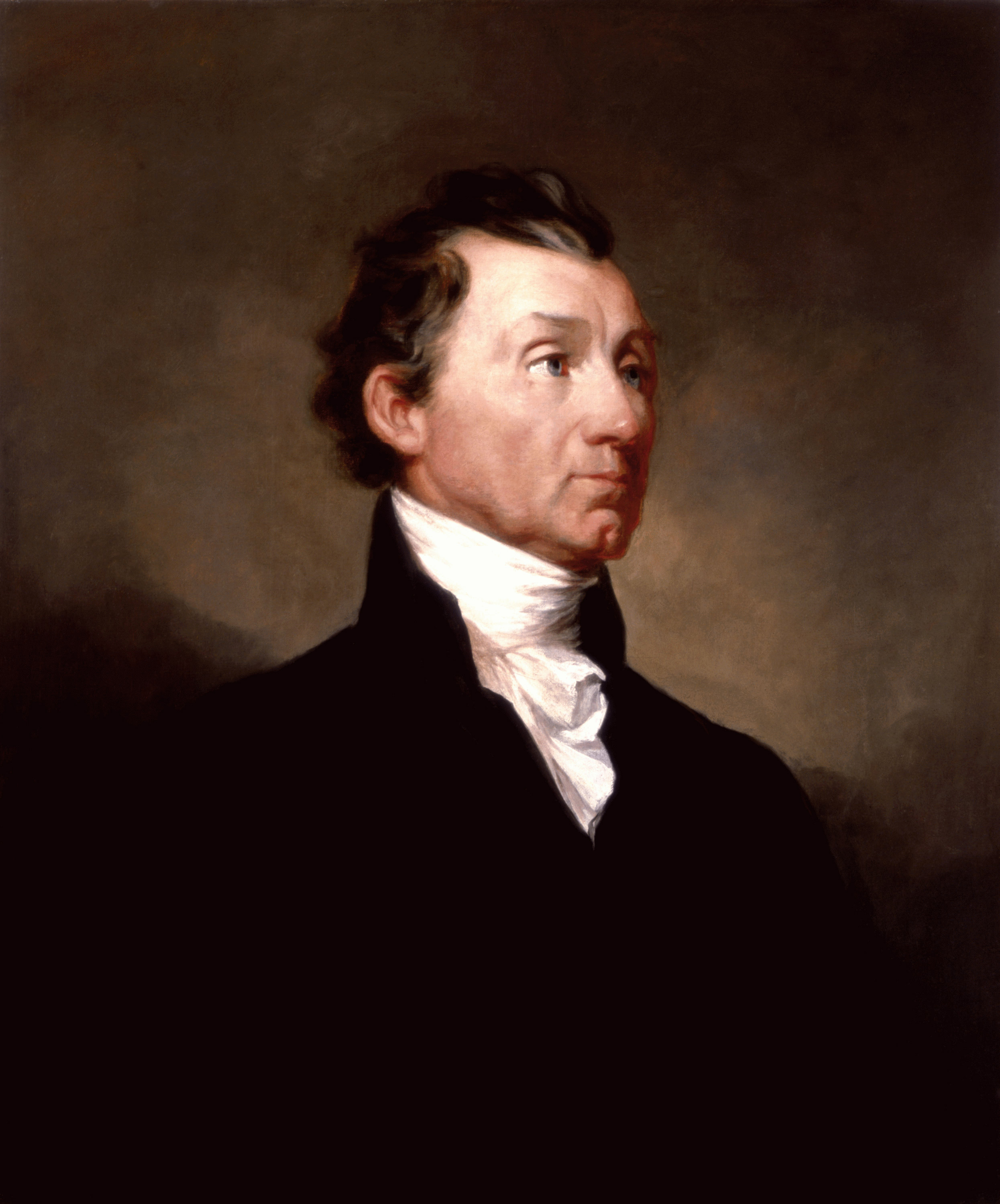 Episode 19: France and the Monroe Doctrine

French schemes to place Bourbon princes on the thrones of Spain's former American colonies run up against opposition from both Great Britain and the United States. 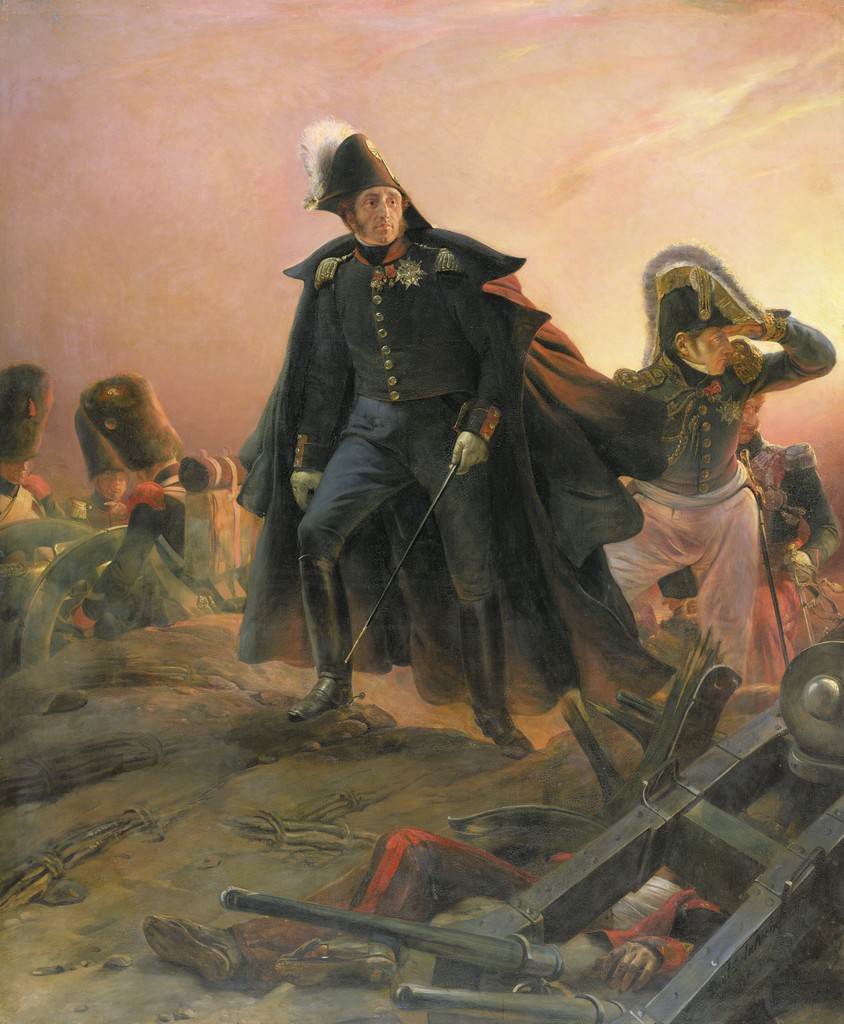 Episode 18: The Road to Trocadero

The conservative powers of Europe strike back at the wave of liberal revolutions sweeping the continent, and France struggles with how to respond — a crisis that brings down one prime minister and elevates a new politician to center stage.

When the victorious powers met at the Congress of Vienna after Napoleon's defeat, they did more than just punish France. They redrew the map of Europe and tried to create a new, more stable world order. Learn about this new order and its impact on Restoration France.

Supplemental 6: France and England After Waterloo

Chris Fernandez-Packham of the Age of Victoria podcast and I talk about the different experiences of erstwhile rivals France and Great Britain in the years after Waterloo.

I talk with Sam Hume of the Pax Britannica podcast about the two political murders we've both covered recently: the Duc de Berry on The Siècle, and the Duke of Buckingham in 17th Century England.

A discussion with Philippe Moisan, a professor of French at Grinnell College, about the literary movement of French Romanticism — everything from what made it distinct to which books you should read to get started.

France swings hard to the right, as the government passes new repressive laws and the nation celebrates the birth of a Bourbon 'miracle child.' Pushed back on their heels, the French left turns to conspiracy.

Supplemental 4: Circle of the Union

In the second part (after Episode 12) of my interview with historian Philip Mansel, we discuss the relationship between France and Britain after the two countries finished killing each other in the Napoleonic Wars.

Episode 14: Slipped on the Blood

The Restoration struggles to find solid footing, amid dynastic maneuvering, a tug of war between right and left, covert intrigues, economic and foreign pressures — all culminating in a single, shocking act of political violence.

A look behind the scenes of The Siècle, including how I research, record and edit episodes, and a closer look at a few of the sources I use to research the podcast. Brought to you by the show's supporters on Patreon.

An introduction to Restoration France's illustrious — and not-so-illustrious — royal family circa 1816, including a little too much genealogy and a surprising amount of absurdly petty snubs.

An interview with Philip Mansel, author of several books about 19th Century France, including a biography of Louis XVIII. We discuss the life and personality of France's restored Bourbon king.

Episode 11: The Year Without A Summer

No sooner is France beginning to recover from the tumult of 1815 than a new disaster strikes: a year of bad weather with catastrophic effects for the country's agriculture and very social fabric. 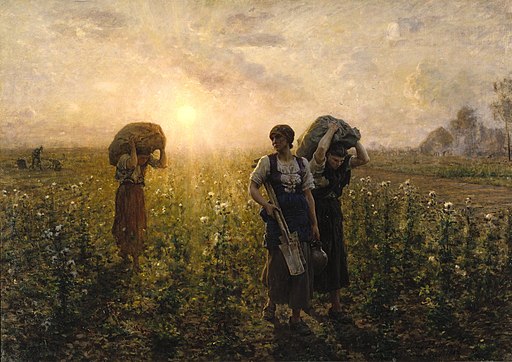 Episode 10: People of the Land

A look at the lives of Restoration France's silent majority: the millions of peasants scraping a living out of tiny plots of farmland, at the mercy of the elements and everything else. 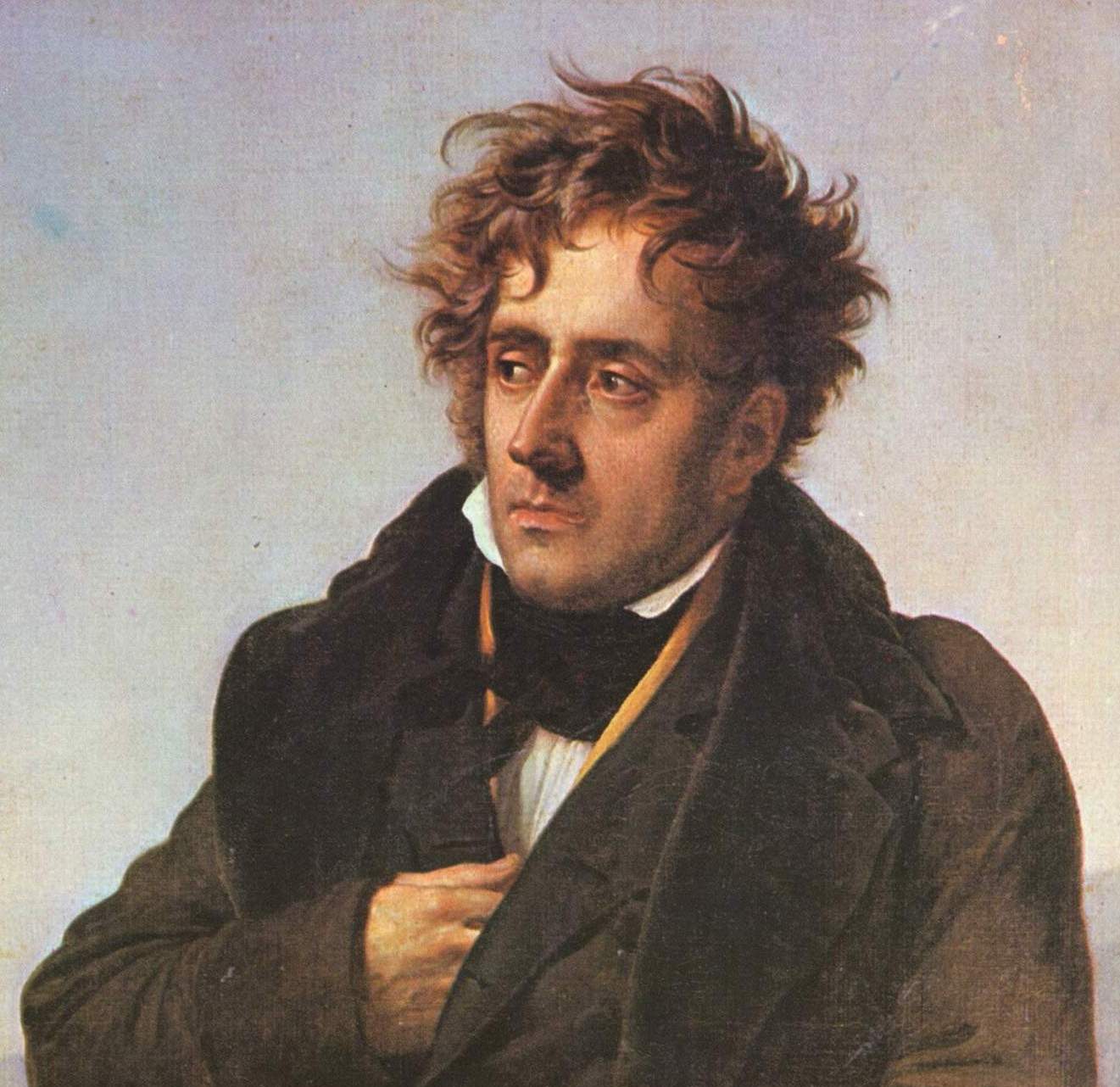 Supplemental 2: The Restoration According to Chateaubriand

An excerpt from the memoirs of the great French writer and statesman Chateaubriand, describing his experiences in the first few years of the Bourbon Restoration.

Meet the "legitimists," the group of right-wing ultra-royalists who would have a profound influence on 19th Century French politics. Champions of natural order and Catholicism, liberty and inequality, they had a sophisticated philosophy rooted in opposing the evils of the Enlightenment and Revolution.

The Bourbon Restoration holds elections for the parliament set up by the Charter of 1814 — and the result surprises just about everyone, and sets up a most unlikely political showdown. 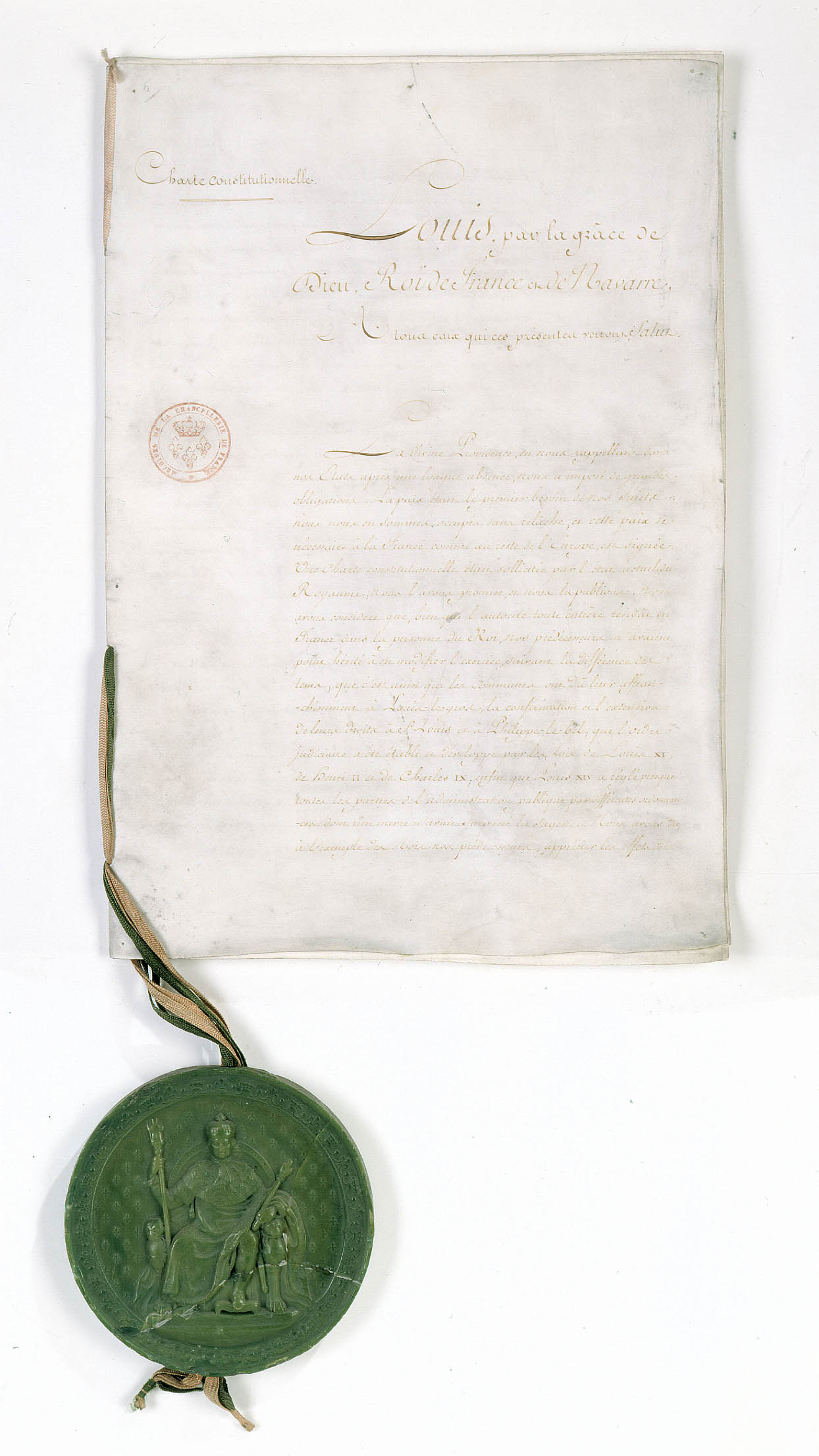 Despite the return of the old monarchy, France in the Bourbon Restoration was a constitutional monarchy. Here we take a look at that constitution, the fascinating Charter of 1814.

Episode 6: Our Friends the Enemies

An interview with Prof. Christine Haynes about her new book, Our Friends the Enemies: The Occupation of France After Napoleon, and what her research shows about this chaotic and momentous period following Waterloo.

France is occupied by more than 1 million foreign soldiers, mobs seek blood and vengeance, and Louis struggles to reestablish his reign.

Episode 4: The Paradox of Paris

An introduction to Paris during the Bourbon Restoration, a city of intense contradictions, of supreme wealth and extreme poverty living side-by-side, of palaces, restaurants, farms and apartments.

Retelling Napoleon's famous Hundred Days, but in the format of Simpsons GIFs.

Episode 3: The Kingdom of Louis Dix-Huit

What kind of kingdom had Louis XVIII managed to win after Waterloo, anyway? We take a tour of France in 1815, from its mountains and rivers to its hardscrabble peasants, wine-trading merchants and imperious nobles. With lots of maps!

Napoleon returns from Elba. Louis XVIII flees to Belgium. And the future of a sharply divided France is decided by force of arms on the field of Waterloo.